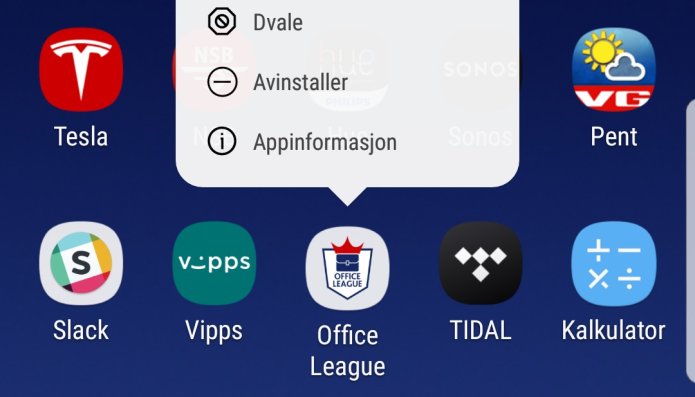 Point your browser to https://officeleague.rocks, sign in, create your own league and invite your friends to get going.

Unsurprisingly we spent the vast majority of development time in this project coding the front-end. Javascript is the new wine, and professional development skills are essential to deliver Progressive Apps. CSS and HTML skills are not sufficient if you want to build web apps that rival native apps. Front-end frameworks are constantly changing, so the essential skill is learning Javascript. We started out with Angular 2, and by the time we released Office League, Angular 4 and 5 had already gone live!? We also recommend using Typescript as type safety and compilation radically improves code quality and development speed as your project grows. The fact that PWAs are progressive also adds to this complexity. One still needs to test for various browser implementations to be compliant, but naturally you can choose "how" progressive your app should be.

Using a modern Android phone, we are already able to install Office League - so it is listed and acts like a native app to the end user. The app also works well on iOS devices, and the only visible draw-back is related to the absence of full screen mode - which clutters up the game experience due to scrolling. This could probably be fixed with some additional development effort though. The Chrome development tools also provide a new "Application" tab that lets you mange the app-specific features such as caching, manifest files, offline mode etc. This is indeed helpful when building PWAs.

As we revealed in the third blog post in this series. We quickly experienced how GraphQL radically simplifies web API development. You can spend your time focusing on domain objects and automatically get a fast, powerful, easy-to-use and self-documented web API that can be accessed from virtually any device or programming language. As a part of the project we also built and released a library for building GraphQL endpoints.

Office League is an Enonic App

As mentioned in the initial blog post of this series, we kicked off this project in order to push our own platform technology (Enonic XP) to its limits. As a result, the entire Office League project has been created as a single Enonic app.  This includes everything from the marketing website, front-end Angular application, GraphQL api, and down to the back-end domain objects and persistance code. It is built and deployed as a single piece of software. The app is coded entirely with Javascript/Typescript, which means you only need web development skills to make it. Furthermore, you only need Enonic XP to run the application. For production deployment you would typically add a reverse/caching proxy in front, but that's essentially it.

What makes Enonic XP different from most other application stacks is that it provides all the essential tooling required to build and run applications - giving your code only a single dependency. Enonic XP includes the following:

For the production version of Office League - officeleague.rocks - we used Auth0 to do cloud-based authentication. An Auth0 IDprovider application is available on Enonic Market. Since authentication is fully pluggable in XP this was quickly configured and deployed. Using Enonic XP developers we were still able to run everything locally by replacing the app with local authentication.

Office League can be scaled out to support massive traffic as Enonic XP can run as a single service on a single server, or distributed across a vast number of servers and even split into data and application nodes if desired. We can run it in our favourite cloud, or even on premises. This prevents us from getting locked-in which is typically the case for the new and popular cloud based Platform As A Service and Backend As A Service solutions.

If you are interested in diving into the code, or testing out Office League on your local computer, or maybe even launching your very own custom branded version? The full source code for Office League is available on https://github.com/enonic/app-office-league with the permissive Apache 2.0 licence. You can quickly get it up and running locally by setting up an Enonic XP development environment. A pre-compiled version of Office League is available on Enonic Market https://market.enonic.com/vendors/enonic/office-league, or you can compile the source code. Enonic XP is itself also an open source project.

We are continuously improving and expanding Office League. We are planning both new functionality, and making technical implementation improvements. Here are some of the items on our list:

Since Office League is an open source project there is no need to sit around and wait for us - we would love to see your ideas and improvements as pull requests :)

The Future of PWA

At Enonic, we are firmly convinced web technology represents the future of app development.

Microsoft is betting big on PWA. No wonder, as it may once again make Windows a relevant operating system for client applications. For everyone that loves the web - we have exiting years ahead, and Enonic XP is once again positioned to be at the center of it all!