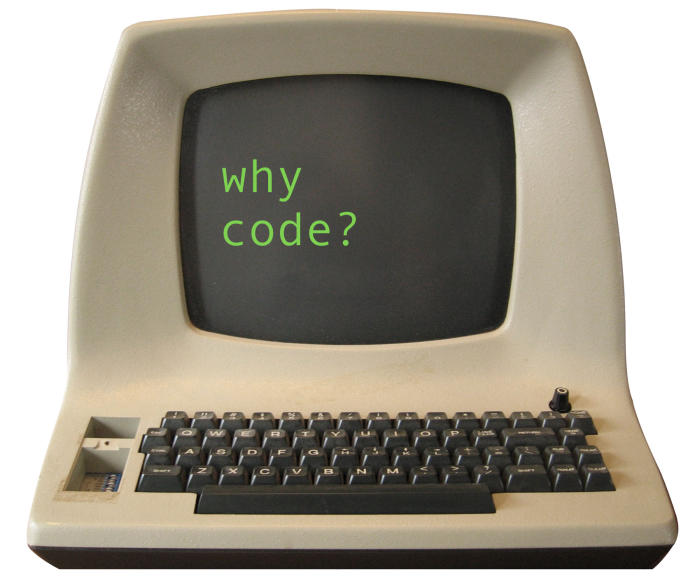 Take a moment to think about why you learned to read? It’s obvious you might say, everyone should learn how to read and write. Not all of us are authors, but we still need to write to communicate and express ourselves. Back in the 14th century, most people did not see the point to read, and it was left to those who had professions that required reading.

So why code? Why can't you just leave that to the geeks, professional programmers, and those who need to code at work?

Coding has been around for centuries

The first computer programmer, Ada Lovelace, was a poetical scientist and mathematical genius who developed an algorithm for the Babbage analytical engine.

“This nation should commit itself to achieving the goal, before the decade is out, of landing a man on the moon and returning him safely to the earth”

For years, computers were not for everyone and were also expensive. Today nearly everyone has a computer, and the phone in your pocket is actually a small computer that could calculate one million moon landings. The technology is growing exponentially. Moore’s Law indicates that computer power is doubling every second year and that we can expect a single computer to be more powerful than the brain by 2025.

A reality today is that some McDonald's restaurants are run by robots, and about 70% of fast food workers can be replaced. This does not have to mean that people will lose their jobs, we still need people to program and oversee the computers. Their work will change, and education needs to adapt.

More than a 100 years ago, traffic lights were humans. They have now been replaced by technology, but there are still humans who code and control the traffic lights behind the scenes.

More and more companies are redefining themselves as software companies.

We’ve gone from Blockbuster video to Netflix, bank branches are replaced with online banking. You can still rob a bank, but not in the traditional way. Bank clerks are replaced with system owners that know information technology. Banking today gives us more flexibility and safety, but we need to be on top of our game. On top of the coders game. To understand the machines we need to code, to fight internet crime we need to code.