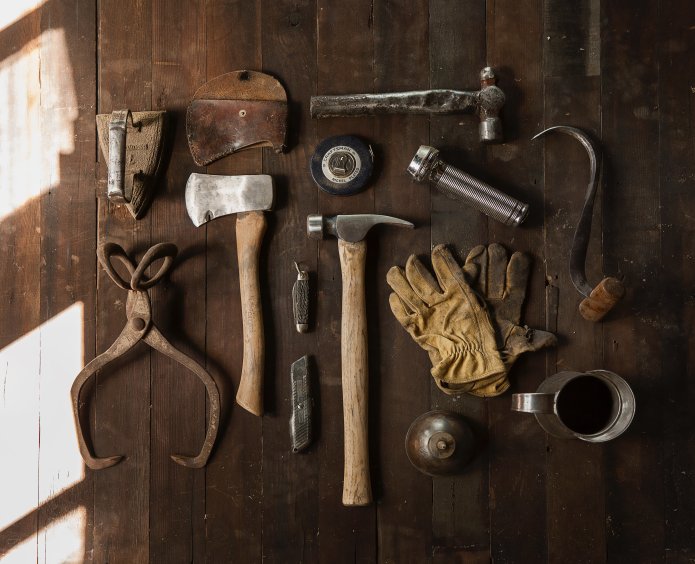 What is it? - Every now and then, new tools come along that break every convention and force you to think in brand new ways. Concourse is such a tool, but is it usable or just a fun thing to play with?

During the last decade we have grown accustomed to seeing brand new technology, arriving with a beautiful design and a slick user interface, right from the start. Just pick it up and start using it. Think smart phones, electrical cars or social media. The first iPhone was a revelation. Right out of the box, the UI was really intuitive. No user manual needed. The same with FaceBook. Point, click and try it out. Intuitive and easy. For a lot of new gadgets and services it holds true that if you have to explain something, the product will fail.

This has not always been the case. For years, cars, TVs and computers came with detailed installation and user guides that were necessary for most users. TVs came with thick books of step by step explanations on how to wire it up and tune in the channels.  Most people struggled to set things up correctly, but when they did, the new gadget eventually provided the anticipated joy.

You could be forgiven for thinking that those days are gone, but living on the cutting edge of technology will teach you otherwise. Concourse is a new and revolutionary “thing-doer”. Most users think of it as an alternative to build tools like Jenkins and Travis, and that is its primary raison d'être.  But it is so much more, and the way it is built is so different that you really have to sit down and study it carefully to release it's full potential.

The number one reason to choose Concourse, is the flexible pipelines. Sure, Jenkins has pipelines too, but are nowhere near to the flexibility in designing the flow of tasks that Concourse has. This one feature is the main reason we chose Concourse in Enonic. Despite a lot of other hassles we had to overcome, we are not aware of any other tool where we could create the setup we needed. This is also the reason Concourse exists. The vision for Concourse was a modern build engine, taking advantage of newer technologies, that could do pipelines without all the plugin dependencies of Jenkins.

The number two reason to choose Concourse, is the container architecture. The inception of Concourse came as late as 2014, and it has been designed to work in the cloud. Each build (or thing to be done, if you like), is done in a separate container, started for the task at hand and removed after the task completes. This makes it cumbersome to keep state between steps in a pipeline, but it also creates fully isolated processes that are highly manageable, and scaling is a breeze. If there ever was a tool that lives up to the old Object Oriented adage, “High cohesion, low coupling”, it must be Concourse. It is pretty much not possible to do high coupling with Concourse.

Other nice things about Concourse includes a fancy UI and simple configuration management.

On the other hand, it feels immature in many ways and lack some basic features:

The immature feel of Concourse is hopefully set to change, as the team developing Concourse was pretty small for the first three years. In 2018, Pivotal, the company behind Concourse, has expanded the development team and increased the velocity.

Concourse can be set up on Linux, Mac or Windows, as native installations, or using Docker. It is beyond the scope of this article to go into the details, but a good starting point is the Installation doc: https://concourse-ci.org/tutorials.html#installation-and-configuration

The installation has two parts: The server and the command line interface, called fly. Using fly, build configurations are easily updated and managed on the server. The more interesting part is writing the configurations, so it's time to get down to the nitty gritty details. That means we have to write YAML, a data serialization language with the neat, recursive acronym, YAML Ain't Markup Language. There are some really simple examples of using Concourse to write “Hello World” to the log, but if you want to build code, it gets a little more complicated. A typical build configuration for a simple Gradle project, will look something like this:

Here, we immediately notice the basic concepts of Concourse: resources and jobs. You get resources and do something with them. In this case, the resource is a GitHub project. Resources come in a number of preconfigured types, including the most common source control systems, or you can create your own.

The job is where the action takes place. First you get the named resource, using a trigger. trigger: true is a configuration on a git type resource, that tells the job to execute every time there is new code available in the project. The code is checked out from GitHub and placed in a folder with the name of the job.

Then, the task is performed. Since this is a build, we call it that, but it is only a name. It is not always easy to know if the value of a key/value-pair is a configuration or just a name. Many examples use names that could easily be mistaken for an important configuration, but turn out to be just a simple name that has no significance. If this build is expanded into a pipeline with dependencies on this job, the next job can trigger on the completion of build, but the reference will then be pointing to the job name, not the task. So, in this case, the job-name is a reference, the task-name is just a name with no technical importance.

The entire build is described in the config. Here follows an explanation of the parameters in the example above:

So, here we have it. A simple script that will start a Docker container with gradle installed, checkout out a Git-repo and run gradle build publish on the contents of the repo.

Since the container is killed as soon as the process is complete, it is important to upload the created artifacts, out of the container before the process finishes. In this example, I used publish as a general example, but exactly what the publish task does and where it publishes the artifacts must be set up in the build script. Also, there could be situations where more advanced reporting is needed:

In the example above, you see the execution of one single Linux command. This could be any Linux shell command, which is why the Concourse team call their tool a “thing-doer”. For advanced usage, the command could be a script that does more or less anything you want. At Enonic, we have used this feature to run UI tests and performance tests. These require a complex set-up and several tools. Advanced Linux/Unix experts can really take advantage of this to do more or less anything you want. Let me use our UI tests as an example:

Before we can run a script in a Docker container, we need to make sure all the necessary tools are there. I have created two containers for different usages:

Let's look at how to use this. If we take the example up above and change the GitHub repo and some names in the config, we have a start, but a few more things are needed. First, we need to change the image configuration:

Here, I have used a more compact format for the YAML-notation to reduce the number of lines in the config. With this basis, we can run some pretty advanced bash scripts. These could be included in the container build, but then a new version of the container is needed for every change. For really advanced scripts that may be the best solution, but the script can also be included in the Concourse config. Then, changing the script is just a simple upload of the latest script. This is what it looks like:

From above, we remember that the GitHub project is checked into a folder with the name we gave the resource, which in this case is ui-testing. Then, as user root, this config will execute the Linux command bash -exc. These three options are interesting:

Let's look at the script itself. Our goal is to run a script using gradle, then analyze the result, report it and exit with the same exit code that the first gradle command returned. For the curious, there are several random things to note about this script. If you are not doing anything like this, just skip to the conclusion below.

Concourse is in many ways a beast of its own. A brand new type of tool, that has its unique usages.

I highly recommend trying out Concourse and use it where applicable. We have not been able to move all our CI work to Concourse.  Many of our projects are much more suited for traditional CI systems, but those that need the special features of Concourse would have been almost impossible to do right without it. And then, there are all the other non-CI type of tasks it can do as well!